Skip to content
parishclerk 31 Jan , 2020 0 Comments Uncategorised
Residents of the Lido Village and Barracks Bridge will have recently received a letter from Allerdale Borough Council regarding a Community Governance Review which is being carried out, to look at redrawing the boundary between Silloth Town Council and Holme Low Parish Council. This is to address the issue that the Lido Village is split by the boundary.
There are a number of points which need to be taken into consideration.
Silloth Community Governance Review

Option 1 is to redraw the boundary so that all properties in the Lido Village are within Silloth Town Council area. 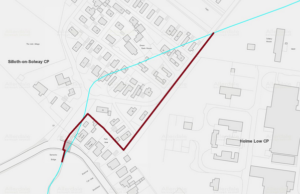 Option 2 would take all of the Lido Village plus the properties on Barracks Bridge into the Silloth Town Council area. 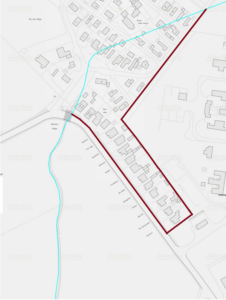 Holme Low is made up of a number of small hamlets;  Barracks Bridge, Blackdyke, Blitterlees, Calvo, Causewayhead, Greenrow, Seaville and Wolsty with a much smaller number of households compared to Silloth. To remove 15 houses at Barracks Bridge from Holme Low would have a detrimental effect in that there would be fewer houses to cover the Holme Low precept, resulting in the council tax bill for the remaining properties increasing as they would have to contribute a larger proportion.

What is a precept?  The precept is the parish or town council’s share of the council tax. The precept demand goes to the billing authority, the Borough Council, which collects the tax for the Parish/Town Council. The ‘Precept’ is converted into an amount per Council Tax Band that is added onto the Council Tax bill.

Why is there no Option 3?

Another suggestion would be to redraw the boundary so that all the properties in the Lido Village are within the Parish of Holme Low.

Responses to the consultation can be submitted online on the Allerdale Borough Council website https://www.allerdale.gov.uk/en/consultation/silloth-community-governance-review/

If you have already responded to the consultation but after having considered the above, now have a different opinion, contact the Electoral Services Department at Allerdale Borough Council, Allerdale House, Workington, CA14 3YJ.  Email: electoralservices@allerdale.gov.uk  Tel: 0303 123 1731.   The consultation ends on 10 February 2020.