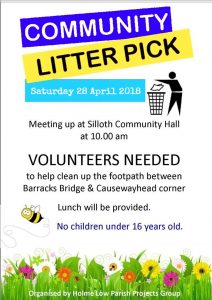 Thanks to John Graham, Margaret Wright, Norman Dainton, Carol Jones, Tom Brown and Wendy Jameson for taking part in the Holme Low Community litter pick, on what was quite a pleasant morning. After litter picking between Barracks Bridge and Causewayhead corner, we headed along West Causewayhead Lane and East Causewayhead Lane. We managed to collect approx 12 bags of rubbish. There seemed to be less rubbish than in previous years but included the usual drinks cans and bottles, take-away packaging, along with some rubber matting, a 40mph sign, a broken wing mirror and even an empty vodka bottle amongst other things. It’s so frustrating that people have a total disregard for the countryside and instead of taking their rubbish home with them, throw it out of the window. Hopefully, the new litter laws which came into force on 1 April 2018 will help the situation. There will be bigger fines for throwing rubbish in the street and for the first time, drivers will be responsible for waste thrown out of the car window, even if the owner was not in the car at the time. After the litter pick, we went back to Silloth Community Hall for a “Scrumptious” baguette and a welcome cuppa. Thanks to Silloth-on-Solway Town Council for loaning us the equipment and providing the bin bags. 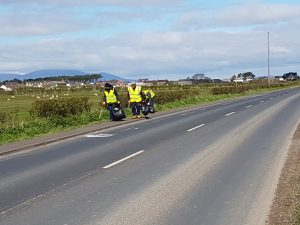 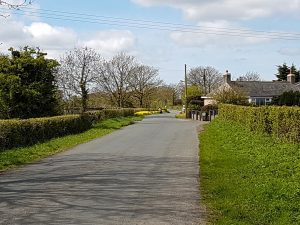 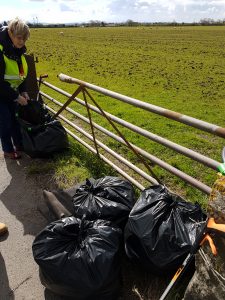 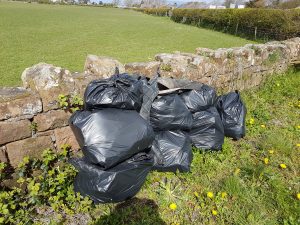